Kwanzaa Greetings, and Some Ruminations Thereupon: 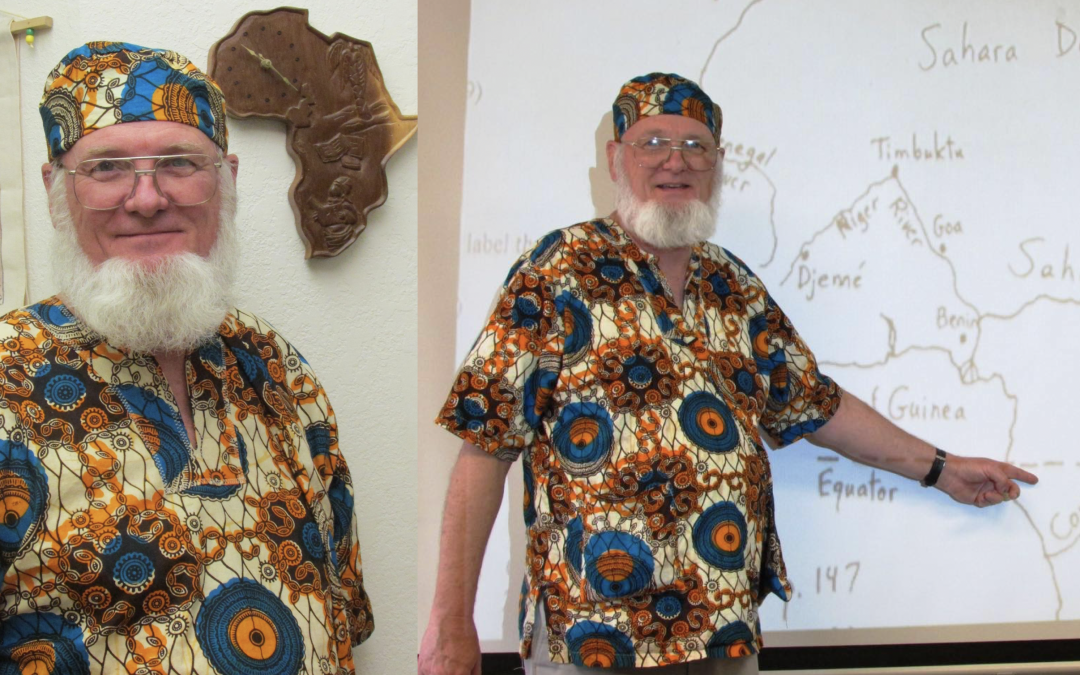 America initiated the celebration of two new holidays during my junior year of high school. On January 15, 1967, the Packers beat the Chiefs at the Los Angeles Coliseum, 30 miles south of my high school, in Super Bowl One. Barely three weeks earlier and another 25 miles to the south, Professor Maulana Karenga led his students at CSU Long Beach in the first celebration of Kwanzaa.

From a commercial standpoint, the fifty-some Super Bowls have sold more stuff—much of it manufactured in China. The Super Bowl is right up there with Christmas and Halloween for spending. However, I am more impressed by Kwanzaa’s efforts to build community.

California’s 7th Grade Social Studies curriculum attempts an impossible task. It introduces the geography of the world, its cultures, and its major religions. Then it tries to teach a thousand years of world history, all in 40 weeks of school. There simply aren’t four weeks to squeeze in for ‘Black History Month.’ Every year as I taught it, I found myself challenged to see how much of Africa I could cram into the couple of weeks I could allot. To prepare students for the 8th Grade US History course, my lessons focused on that part of Africa from which the greatest number of persons had been captured and forced onto slave ships bound for the Americas.

I looked forward to the Africa Unit each year, partly because it was the one time I could get away with wearing my dashikis to school. My favorite dashiki is the orange one pictured here. Several seamstresses from my church were making periodic trips to Uganda. They would buy treadle sewing machines in the capital city and carry them into the countryside, beyond the electrical grid. There, they taught sewing, and left the machines with the students to set them up with micro-enterprises. From their earnings, the new businesswomen supported their families and helped fund machines for the next cohort of students. Back in Kampala, my friends stocked up on the beautiful African fabrics. They brought them home to sell at fundraisers as financing for their next trip, which is how I came to own several. Karen Damko tailored this one just for me.

As I read up on the Seven Principles of Kwanza recently, it impressed me how closely they mesh with comparable American Solidarity Party principles. For both, a strong sense of community pervades. An explanation of Kwanza’s 3rd principle, ‘Ujima’ (oo-GEE-mah) serves as a pretty good definition of Solidarity: “To build and maintain our community together and make our brothers’ and sisters’ problems our problems and to solve them together.” The 4th, ‘Ujamaa’ (oo-JAH-mah), sounds like our party’s favorite economic theory, Distributism: “To build and maintain our own stores, shops, and other businesses and to profit from them together.”

This week I chatted with a couple of African-American friends about Kwanzaa. One pointed out that many of the dashikis available in the United States are actually manufactured in China. Unfortunately, even in Africa, many of the Africa-themed artifacts available in tourist areas have been imported from China. I would like to think that the Ugandan micro-manufacturers trained by my seamstress friends could help change that. That would be Ujamaa.

Our own country has never given its Black citizens a fair shake. One example would be that Black mothers die in pregnancy and childbirth at four times the rate of White women. Ujima dictates that both communities agree that this is our national problem, and together we must work to solve it. To that end, some of my year-end giving is going to Abide Women’s Health Services, a Pro-Life provider of multifaceted help to women, in Dallas, Texas. There are many groups doing good work, and they are all struggling to make ends meet. I invite my readers to find one this week and help them.

I asked another friend if he observed Kwanzaa. He is probably in his twenties, but told me he would be celebrating Kwanzaa for the first time this year.

So, whether this will be your first Kwanzaa celebration, or your 53rd, I hope you can enjoy it with family and friends. Make the most of it, and use it to build solidarity in the community around you.